After years of sitting in storage it was definitely in need of some TLC.  I wasn’t even sure that TLC was going to bring it back to life.  The chrome was rusted, the seat was torn and the stuffing coming out and the steps were scraped and rusted.  Hmmm??? Where to start?  The seat and back came off and the steel wool came out. Lots of elbow grease did remove some of the rust but after researching the internet for some magic solution I discovered that Coca-Cola and tinfoil would do the job.  And it did!  Yup, you heard it.  Coca-cola and tin foil; soak the foil in the pop, scrunch it up and scrub away! 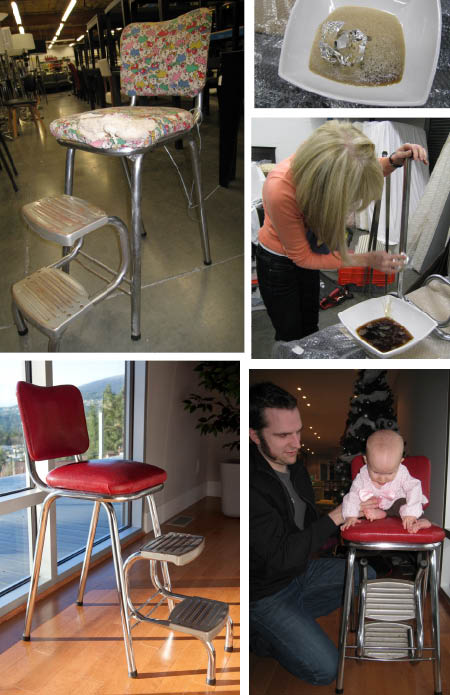