And the winner is…

A few weeks ago we had posted about the BC’s Best Young Designer Competition, see the original post here. This unique competition provided a platform for BC’s young designer to showcase their talents. Six finalists were chosen by a panel of judges based upon their video entries, given a budget of $10,000-$12,000 for their one or two bedroom suite at South Surrey’s ARC at Morgan Crossing and five weeks to work their magic. The suites were then opened to the public to view. The Grand Prize Winner was chosen by professional judges and earns the title of BC’s Best Young Designer with an all expenses paid trip to the Spring 2011 Design Show in NYC. The Fan favorite, chosen by the voters is awarded $2,000 cash prize. These suites are now available for purchase.

And the Grand Prize winner is…

Over 1100 people toured the Designer Suites at the newly built ARC at Morgan Crossing and cast their vote for favorite designer, Joanna Kado won the fan favorite 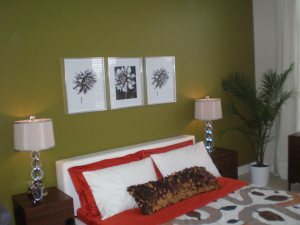