It’s safe to say that I’ve developed an obsession with Pendleton Woolen Mills.

And because of it, I’ve been noticing it everywhere. From fashion to home decor, shoes to pricey handbags and even strollers!

Known for their geometric patterned Native-American blankets, the Oregon company started as a wool scouring plant then converted into a textile mill in the late 1800’s. It wasn’t until the 1920’s that they began to expand their product line into clothing. 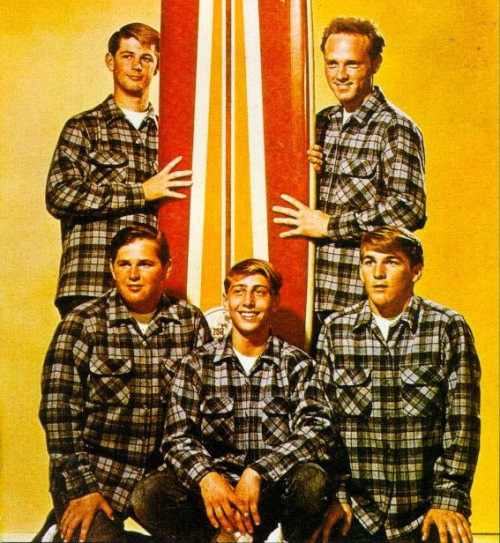 Pendleton became popular among American youth back in the 60’s when a singing group called The Pendletones took their name from the classic Pendleton woollen shirts, the group later changed their name to The Beach Boys.

Their popularity grew with the hipster scene back in 2010 Urban Outfitters launched a “Navajo” line, which caused some controversy with the Navajo Nation forcing Urban Outfitters to rename its products as it is illegal to claim a product is made by Native American when it’s not.

While these things are trendy and “in the now,” Pendleton blankets have a much more

permanent place in Native American culture. The company expanded their trade from the local Indians to the Navajo, Hopi, and Zuni peoples of the American Southwest. The Pendleton blankets were not only basic wearing apparel, but were standards of trading and ceremonial use. Pendleton blankets, while marketed to and adopted by tribes across the United States, were not originally designed or manufactured by Native Americans.

Pendleton’s wool plaid shirts are more popular than ever with a diverse group of consumers. The Board shirt is still a favourite with surfers, and sported by snow and skate boarders as well. Car club enthusiasts know that nothing sets off their beautiful automobiles like the right Pendleton. And men who work outdoors still turn to the natural warmth, breathability and durability of wool as a first line defense against the elements.

Over the years, styles, patterns and fabric weights have changed, but one thing remains the same; the consistent quality. Pendleton controls every step of production, from buying raw fleece, dying the wool, weaving fabric, cutting and sewing. Pendleton handles every element of producing this American classic.

Pendleton patterns have been featured in collaborations with Opening Ceremony, Comme des Garçons, Nike, Adidas, VANS, Hurley, Levi’s and more. On the runway or on the waves, it’s still a Pendleton.

Here’s my boyfriend and I vintage shopping for Pendleton in Toronto.